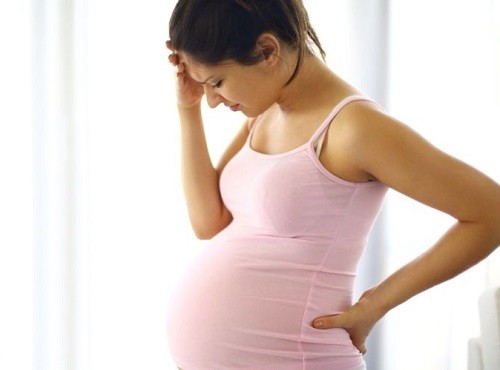 There is no definitive answer to how long after the bloody show labor will start. After the bloody show, it’s impossible to predict when delivery will begin because every pregnancy is unique. A bloody show signifies the cervix opening up in preparation for labor. In other words, you could go into labor in the next few hours, or it could be days.

While releasing your mucus plug followed by a bloody show is a sign of impending labor, timing varies from woman to woman. A bloody show can occur a few days before labor begins for some women, while for others, it may not occur until they are in active labor.

First-time moms have a higher chance of experiencing bloody shows before labor begins versus women who have had babies in the past. The bloody show can appear minutes, hours, days, or even weeks before labor officially begins. It’s a great tip-off that things are moving in the right direction, but it doesn’t mean you should be heading to the hospital.

What is a Bloody Show?

In late pregnancy, it’s common for women to experience a bloody show, which is the vaginal discharge of a trace amount of blood and mucus. As the cervix relaxes, thins (effaces), and dilates before birth, a traumatic display of blood loss is to be expected.

When your cervix dilates, The passage is safe for your infant to use. Since it is rich in capillaries, any dilation can result in profuse bleeding. The mucus from the mucus plug is combined with blood from the cervix to create a bloody show.

While the sight of blood during pregnancy may strike fear into some women’s hearts, it is a sign of the cervix undergoing normal changes in preparation for labor. The time between having a bloody show and entering labor can vary between women. For some, labor may start soon after they see the bloody show; for others, it could be days later.

While some may equate a bloody show with a mucus plug coming loose, the two are, in fact, very different. It is not uncommon for the mucus plug to be expelled alongside other pregnancy discharges, such as blood, which isn’t always present. On the other hand, the bloody show may include mucus but is not necessarily the passing of the mucus plug. Rather, the bloody show is proof that the cervix has begun to efface and dilate and that labor is nearer than when the mucus plug is lost.

The bloody show occurs when the mucus plug, a thick barrier of mucus that forms between the cervix and the uterus during pregnancy, is lost. Having both events occur at once will result in a bloody spectacle that looks like mucus splattered with blood. A deeper red, resembling menstrual blood, may result if they occur at different times.

Each viewer will interpret a gory show in their unique way. All or part of the mucus plug can be seen in the blood, which may be red, brown, or pink. The result will have a stringy, jellylike consistency. Some gore-filled productions have a mucusy look, with blood appearing in streaks. This mucus plug is lost suddenly by some women. Bloody spectacles can sometimes unfold over time. In other cases, a gush of blood occurs when the plug is dislodged. Varying degrees of blood loss is possible.

Labor begins when there is visible blood loss. It can happen a few hours or days before contractions start, or it may not appear until after contractions have begun.

In any case, the bloody show is a good sign that labor is about to begin. It can be a messy and emotional experience, but it is also a natural and beautiful part of the birthing process.

How Can I Prepare for the Bloody Show?

The blood vessels in the cervix will burst and bleed as the cervix opens and the mucus plug comes loose. This is what causes the bloody show. The amount of blood you see can range from a few spots to heavy bleeding like a period. The blood may be mixed with mucus from the mucus plug.

The mucus plug mixed with a tiny amount of blood from your cervix’s blood vessels results in a bloody show. The gory spectacle isn’t usually a dramatic event. Additionally, it could be a very mild discharge with a bloody tint that you could not even notice. However, it will typically just be a minimal amount, so you shouldn’t need to wear a pad or pantyliner.

When you see the bloody show, it can signify that labor is impending within the next 24 to 48 hours. But don’t head to the hospital just yet! The bloody show is just one of the many signs that labor is near, and other signs include water breaking, regular and strong contractions, and back pain.

What Indicates a Bloody Show?

A mucus discharge from the vagina that is pink, red, or brown is the most telltale sign that the bloody show has occurred. This is not to be confused with leukorrhea, the clear discharge that sometimes occurs in pregnancy.

Other labor symptoms that may result in a bloody show for some women include:

Cramping: You may feel period-like cramps that go over hours or even days.

Many women experience cramping along with the bloody show. This is because the cervix is beginning to dilate in preparation for labor.

Pressure in the pelvis: (sometimes called “lightning”), genitourinary (or “vaginal”), and back regions is common during labor and delivery as the baby descends from the uterus. The pain below in belly button and above the legs counts as pelvic pain. Many things can cause it, and it may be a harmless sign that you’re fertile, a digestive disorder, or a red flag.

Contractions: You might experience tightening in your uterus that gets stronger and lasts longer. It May be more frequent and intense, while some may experience painless contractions. Know how to recognize the regularity of these contractions. Some contractions called Braxton Hicks contractions signal pre-labor and can be stopped when you change position. However, true contractions that indicate true labor is otherwise.

These symptoms show that your cervix is dilating in anticipation of labor. 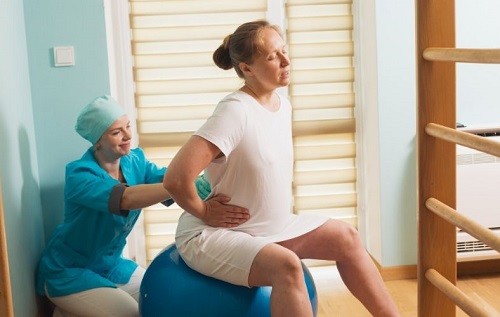 A bloody show is often a sign of imminent labor, but not always. It may occur several days or weeks before the start of labor. Sometimes, women may lose their mucus plug and not go into labor for days or weeks.

Some women have a bloody show several weeks before giving birth, while others don’t have one until they are giving birth. It’s encouraging that your body is preparing and that the development of your unborn child is almost complete.

Signs that labor may be starting soon include:

How is a Bloody Show Diagnosed?

A bloody show can be diagnosed through a vaginal examination by your doctor or midwife, and the cervix may also be checked with a digital rectal exam. If you are in labor, they will also check your cervix to see how dilated you are. Here is what to expect:

If you are not in labor, your doctor may do a pelvic exam to check for any other causes of bleeding. They may also order a pregnancy test to rule out an ectopic pregnancy.

What to Do When I Have a Bloody Show?

If you have a bloody show, there is no need for alarm. It’s a normal part of pregnancy and labor; you can continue your day-to-day activities until labor begins. If you suspect you may have seen a bloody show, it is recommended to call your doctor. Splotches or little bleeding (You may experience “spotting,” or minor, safe bleeding, in the early stages of pregnancy. This is when the developing embryo plants itself in the wall of your womb. Pregnancy can sometimes result in this type of bleeding, which frequently occurs around the time your period would have been due. Significant bleeding or bleeding that occurs before the last few weeks of pregnancy may signal early labor or other issues.

What Distinguishes a Bloody Show from a Mucus Plug?

Some people may equate a bloody show with losing their mucus plug, but this is not true. It is not uncommon for the mucus plug to be passed alongside other pregnancy discharges, such as blood; in some cases, blood may not even be visible. On the other hand, the bloody show may include mucus but is not necessarily the passing of the mucus plug. Rather, the bloody show is proof that the cervix has begun to efface and dilate and that labor is nearer than when the mucus plug is lost.

When blood from your cervix is mixed in with the mucus plug, it is called a bloody show.

A mucus plug is a mass of thick mucus that seals off the cervix from potential dangers. You won’t go into labor until after the cervix has secreted a viscous fluid that coats the area, preventing anything from getting through. The implantation of the fertilized egg triggers this fluid secretion into the uterine lining.

It is an elegant, natural solution to protecting your pregnancy from infection—it just happens to have a slightly unfortunate name.

The formation of a mucus plug in the cervical canal is an adaptive response to bacterial and infectious threats to the cervix. Your mucus plug will fall off as your due date draws near.

How Long After Experiencing Bloody Show Will You Go Into Labor?

Every pregnancy is different, so there’s no definite answer. For some women, labor may begin hours or days after a bloody show, and others may not go into labor for weeks.

After a bloody show, most women enter labor within the next day or two; if you’re a fast labor starter, you might experience your first contraction in as little as a few hours. Within the next few hours, you may start experiencing contractions. As with everything related to pregnancy and childbirth, every woman is different. 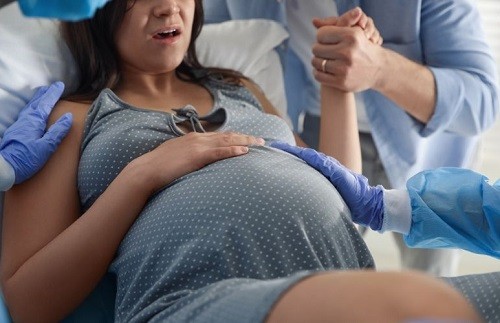 The bloody show is a mucus/blood discharge that occurs when the cervix begins to dilate in preparation for labor. It may occur several days or weeks before actual labor starts. Sometimes, women may lose their mucus plug and not go into labor for days or weeks.

A bloody show usually means labor is coming soon. Some women experience a bloody show weeks before labor, and others don’t have a bloody show until they are in labor. It’s encouraging that your body is preparing and that the development of your unborn kid is almost complete.

If you have a bloody show, there is no need for alarm, and it’s a normal part of pregnancy.

Final Thought How Long After Bloody Show Did Labor Start

It’s hard to say how long after bloody show labor will start because every pregnancy is different. Other signs of labor and delivery must be taken seriously, so if you experience any of those, together with a bloody show, you should hurry to the hospital or phone your doctor immediately. You’ve made it this far, so you’re almost ready to meet your baby!